I somehow missed the fact that my last two blog posts referenced art from 1934.

"It Happened One Night" (one of the most popular and charming romantic comedies of all time) was released.

One of the worst dust storms of the Dust Bowl period happened in 1934.

Harold C. Urey won the Nobel Prize for Chemistry having "devised a method for the concentration of any possible heavy hydrogen isotopes by the fractional distillation of liquid hydrogen: this led to the discovery of deuterium." (Bonus points because he attended my alma mater, the University of Montana.) 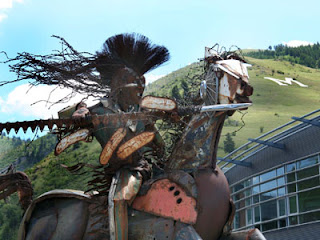